This is a general wrap-up for the year, even if this blog isn’t yet a year old. But I wanted to thank everyone of you that reads it, those of you that leave comments, and the ones that nominate me for awards and tags. Also, to Nikki and Steve who spot the times I forget to add the pictures in time and remind me to add them.

Let’s see what this year has brought around.

I found my bookish partner in crime, Nikki. And we have had some fun adventures like:

I have to say, we’re friends thanks to Book Box Club, since we met through there and I am so glad about it. Which brings me to the next one.

I collaborated for three book boxes. Two for Book Box Club (one of them is the January box) and one for Leafer Box. This collaborations then brought me to do some interesting things.

I opened my blog, and I started contacting publishers about ARCs and reviewing books, I joined bookbridgr and I started my bookmark shop. I am not a super popular big blogger but I do enjoy blogging and the friendships I have made. I hope you enjoy reading my posts.

And of course, I have managed to make a 101 post on book boxes, I have had several giveaways on my Twitter (which is also a new thing) (the last one runs out today!)

Made friends with more bookstagrammers (it only took me two years to actually get into the community and not just be in the sidelines with an account that no one saw).

I also managed to snag a delightful Book Advent Calendar, which they launched this year. It still needs a lot of work, but it was a delight to unwrap a book every day after work. (Admire my “book tree” making abilities which are zilch). 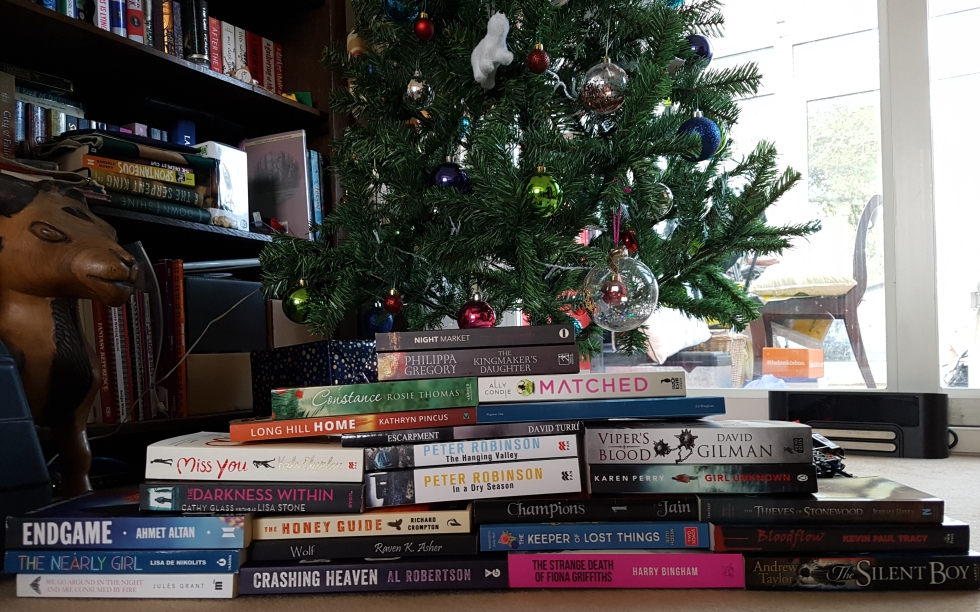 All books came as part of the book advent calendar and are more or less in order, top first days, bottom last few days.

And not only that but this Christmas was the best I have had in about 6 years. It had a few books, a lot of fox themed gifts, too much food, and good company. And it was good. (Also, I have a puppy now which is also a bonus, and a new job that I had been wanting for the last few years).

2017 has been a good year. Much better than previous ones. A few secret things that will probably be revealed next year are also making me quite happy.

So I just want to thank everyone that reads me, my reviews, my artwork adventures. To those that have bought bookmarks and cheered me on. The ones that have entered my giveaways. All of you friendly people that have made me smile. You all know who you are (if you think you are of them or no you couldn’t be, it is actually probably you).

Thanks for making 2017 a much better year than previous ones.

Here’s to a wonderful 2018 for all of us (now I know bad things happened this year, they did to me too, very much, but I am being positive as much as I can).