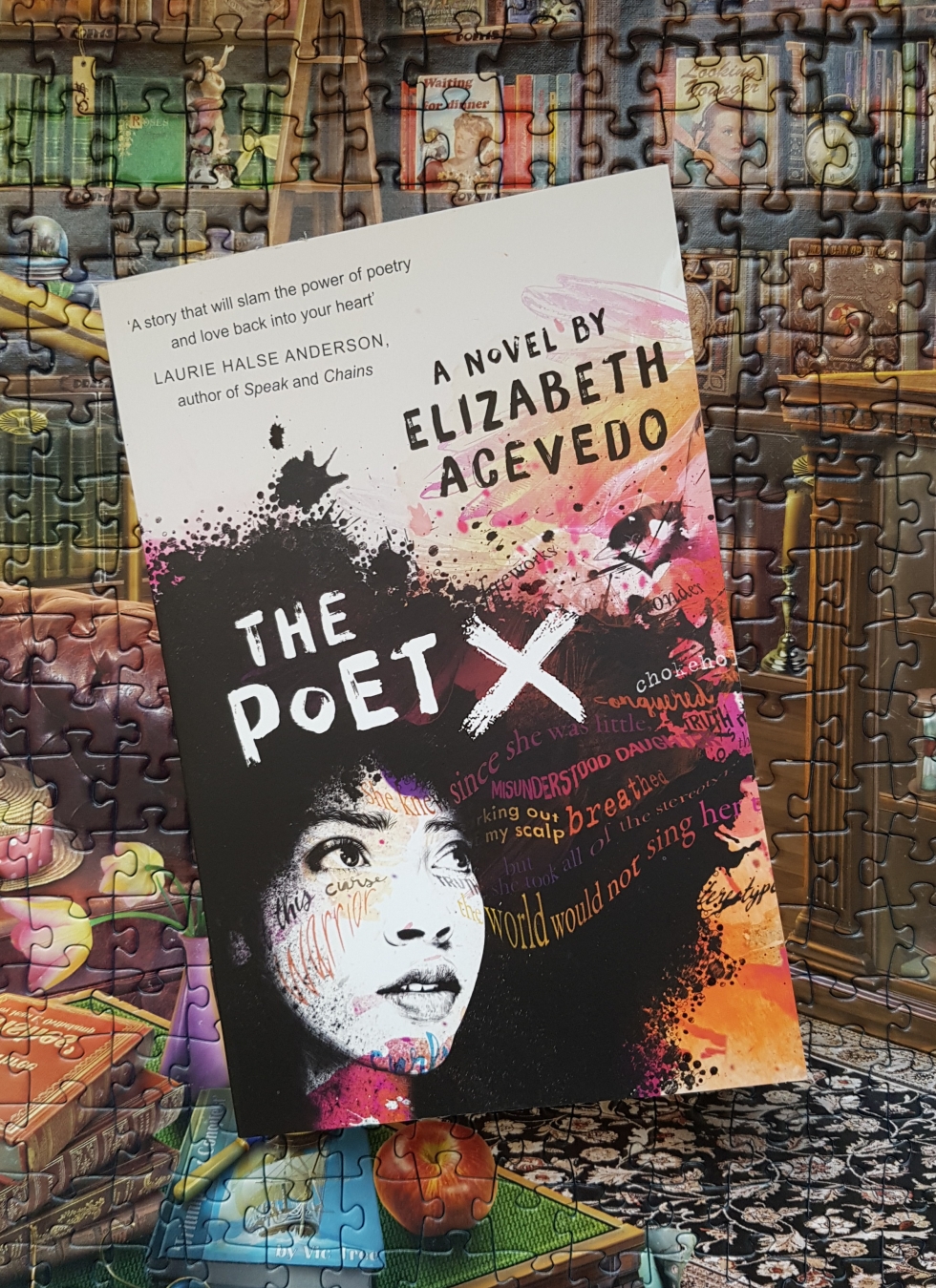 The Poet X by Elizabeth Acevedo

A young girl in Harlem discovers slam poetry as a way to understand her mother’s religion and her own relationship to the world. Debut novel of renowned slam poet Elizabeth Acevedo.

Xiomara Batista feels unheard and unable to hide in her Harlem neighborhood. Ever since her body grew into curves, she has learned to let her fists and her fierceness do the talking.

But Xiomara has plenty she wants to say, and she pours all her frustration and passion onto the pages of a leather notebook, reciting the words to herself like prayers—especially after she catches feelings for a boy in her bio class named Aman, who her family can never know about. With Mami’s determination to force her daughter to obey the laws of the church, Xiomara understands that her thoughts are best kept to herself.

So when she is invited to join her school’s slam poetry club, she doesn’t know how she could ever attend without her mami finding out, much less speak her words out loud. But still, she can’t stop thinking about performing her poems.

Because in the face of a world that may not want to hear her, Xiomara refuses to be silent.

So, I have to admit I had put this book off because it is basically a story in poetry form and I wasn’t sure how well that would go down for me (I like poetry but I am picky, mostly because poetry in English is different to poetry in Spanish and I find it harder to connect with it).

However, I am glad I finally picked it up as it helped move from my slump (there is the reason for so many graphic novels and manga and Middle Grade books recently being reviewed). But back to the book, we meet Xiomara, and she lives with Mami and Papi, and Twin (Xavier).

And the poetry is good, and it doesn’t break the story too much (though I admit it took me a while to realise the “title” line wasn’t exactly always a title but at times the first line of the poem and then I had to go back and reread it as “part of the poem” rather than “the title”). It also was an interesting read.

I am not from Dominican Republic and I didn’t move to America, but I am Latin, and I moved to the UK, and I know friends and family that moved to America, so I am not that far from this story.

Actually I wish I could say I was far from it. But I also had a fierce mother who would expect a lot of me (she was a Christian rather than Catholic) but church was very important and we didn’t get the choice of not believing. Neither does Xiomara.  (Yes, I know, I am talking about me, but you see, the thing is, as I read this book, I saw a lot of me in it. I didn’t write poetry, I wrote stories, and made friends online at a time when no one made friends online because that wasn’t an everyday thing as it is now. And I also tried hard to figure myself out and what my voice was. And my younger sister had all the leeway in things I didn’t).

That was the part I loved, the way I found a lot of myself in this book, and that the poetry worked well with it to make it the right way to have it. My only “but” was the poem in Spanish (it is my mother tongue), I read it in Spanish, not knowing there was a transalation on the next page and it felt like it had been written originally in English. And that bothered me, because it was the moment I was broken from the story. Because once I turned the page and read it in English, I knew the original wasn’t in Spanish, or if it had, it had been written in Spanish while the English “translation” was being written. Small thing I know, but it was a sad thing for me.

All in all, it was one of my favourite in representation and it was a refreshing new way of reading/writing a book.

Reading The Poet X. Alas, I do not have much poetry or slam or anything like that to recommend, so I will have to leave it with just that as the main thing to go read.

3 thoughts on “The Poet X Review”