If you remember my long post about subscription boxes, I mentioned LeaferBox.

This is a UK based box that sells through Etsy rather than Cratejoy or their own site. It is also not Young Adult exclusive, instead you get a choice of genres of books to pick from.

Having had a quick conversation with them, currently the only boxes that have a monthly theme are the Historical and Fantasy ones since they are the ones that sell more, but they are not the only ones they sell.

You can choose between Historical, Sci-fi, Fantasy, Chick-Lit, Comedy, Thriller or Surprise (for when you’re not sure which one you want and any will do, or you just like surprise). In each category you can either buy a single box (it does not renew automatically), 3 months or 6 months. Neither option renews itself so once it is done you can decide which one you want next if you do.

Any way, I was divided between trying the Sci-fi one and the Fantasy one, but decided to go for one I didn’t know the theme (Fantasy this month is Mermaids). The wonderful thing is that you can buy the month’s box any day of that given month (which is great because the cut off date is just the end of the month).

So without more rambling from my part, here are the contents of the box. 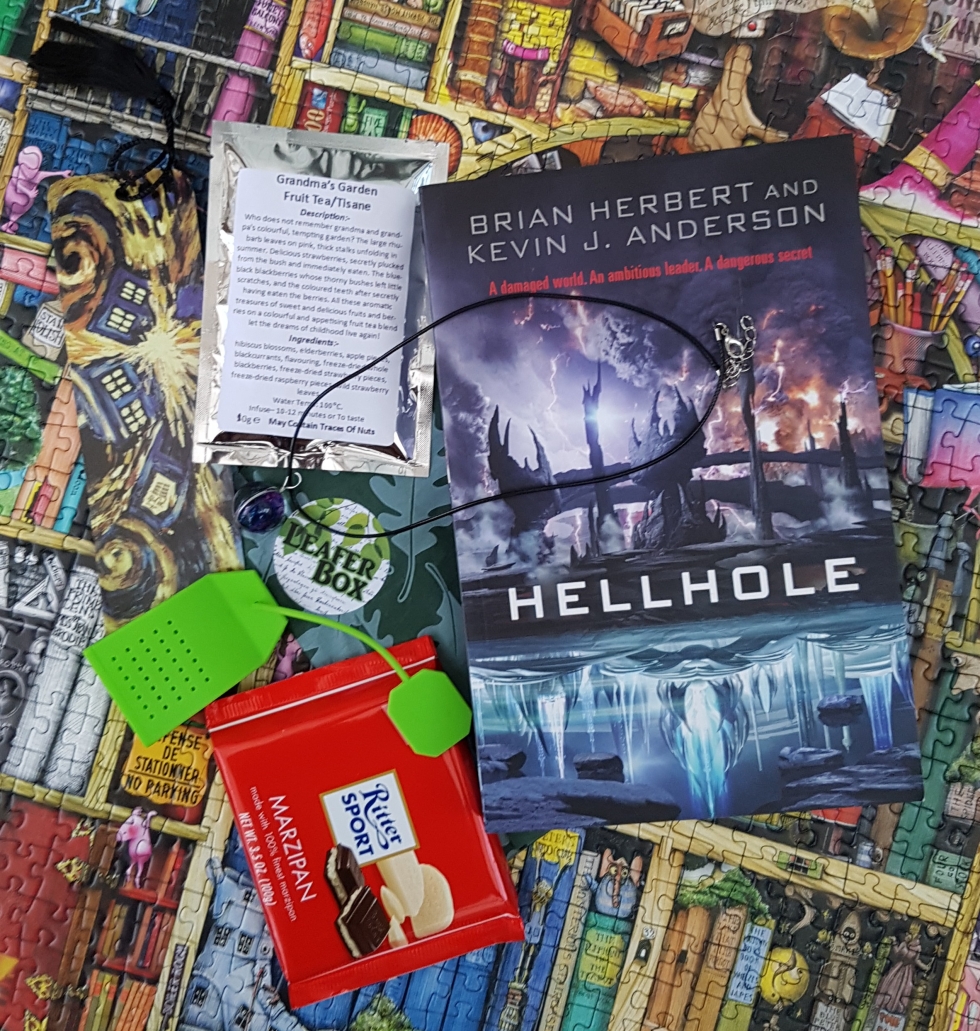 Most of the lovely extras were beautifully wrapped in a leafy tissue paper (I thought it was such a sweet little extra thing) and the book was not wrapped (I don’t mind).

The box included some fruit tea called Grandma’s Garden, a cute tea bag shaped infuser (I already have found my most favourite infuser so probably won’t use this one, but that does not take away the cuteness factor and that they thought about how to help you deal with loose leaf tea). There was also a timey whimey Tardis official merchandise Doctor Who bookmarks (isn’t it lovely?). A delicious Ritter Sport (last night I told my boyfriend that I had to take pictures of this box there and then because I couldn’t resist wanting to eat the chocolate and could not wait any longer, so I did -this was the actual day I received the box-). And an absolutely stunning gorgeous galaxy pendant necklace that has made me swoon so much.

Finally, the book included was HellHole which I probably wouldn’t have chosen on my own but it sounds interesting and will definitely be read. 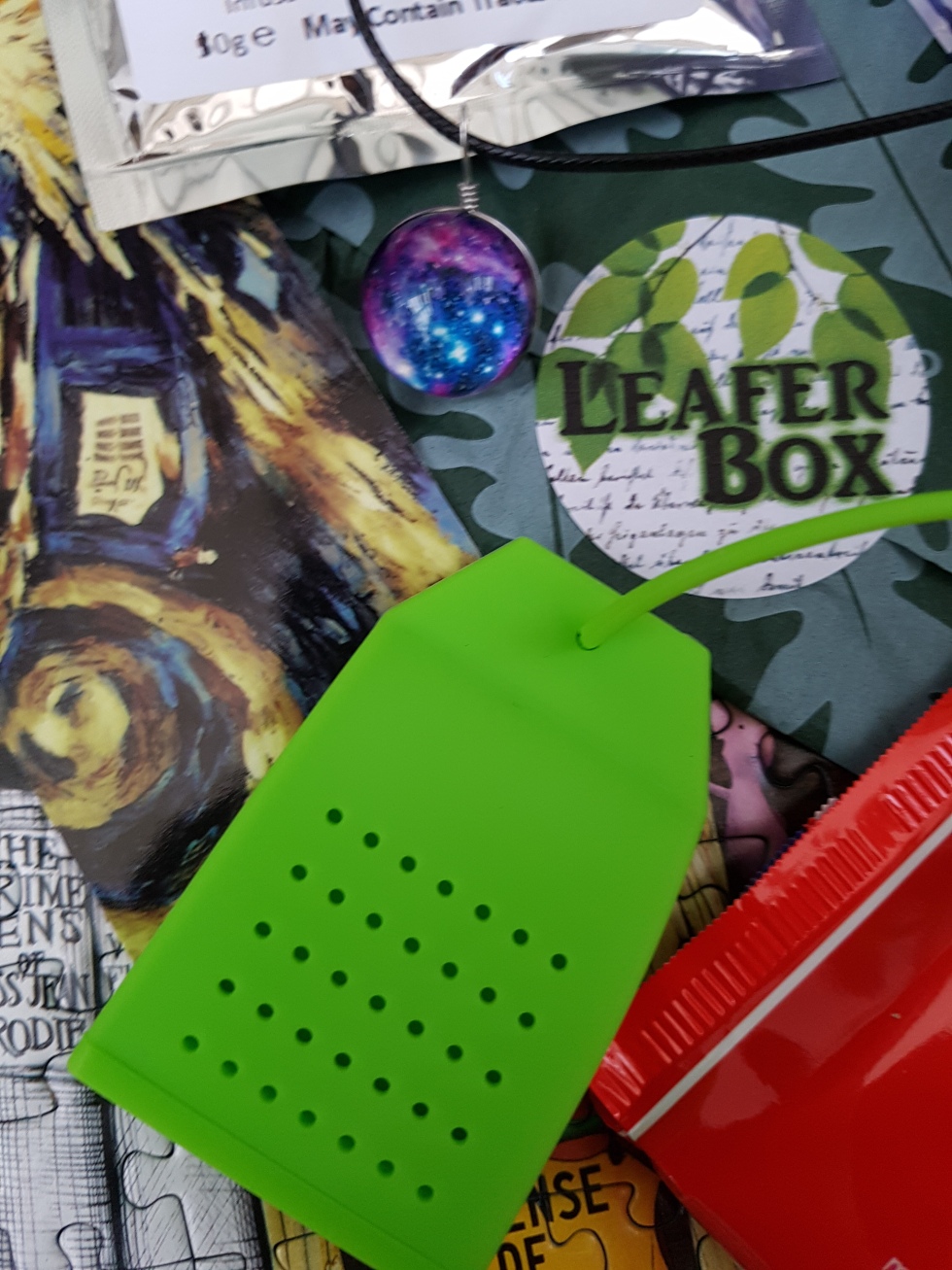 Look at that wonderful galaxy pendant, isn’t it gorgeous?

All in all I was pleasantly surprised with the box. So much so that I ended up having a quick conversation on Instagram with them and bought the Fantasy box because Mermaids, right?

This box reminds me a lot of the simplicity of Novel Tea Club (which closed at the beginning of the year) and I am loving it very much. It is also more affordable at £12.99 + shipping than most book subscription boxes, so that’s a plus.

Have you tried LeaferBox? Would you consider it? Let me know your thoughts.