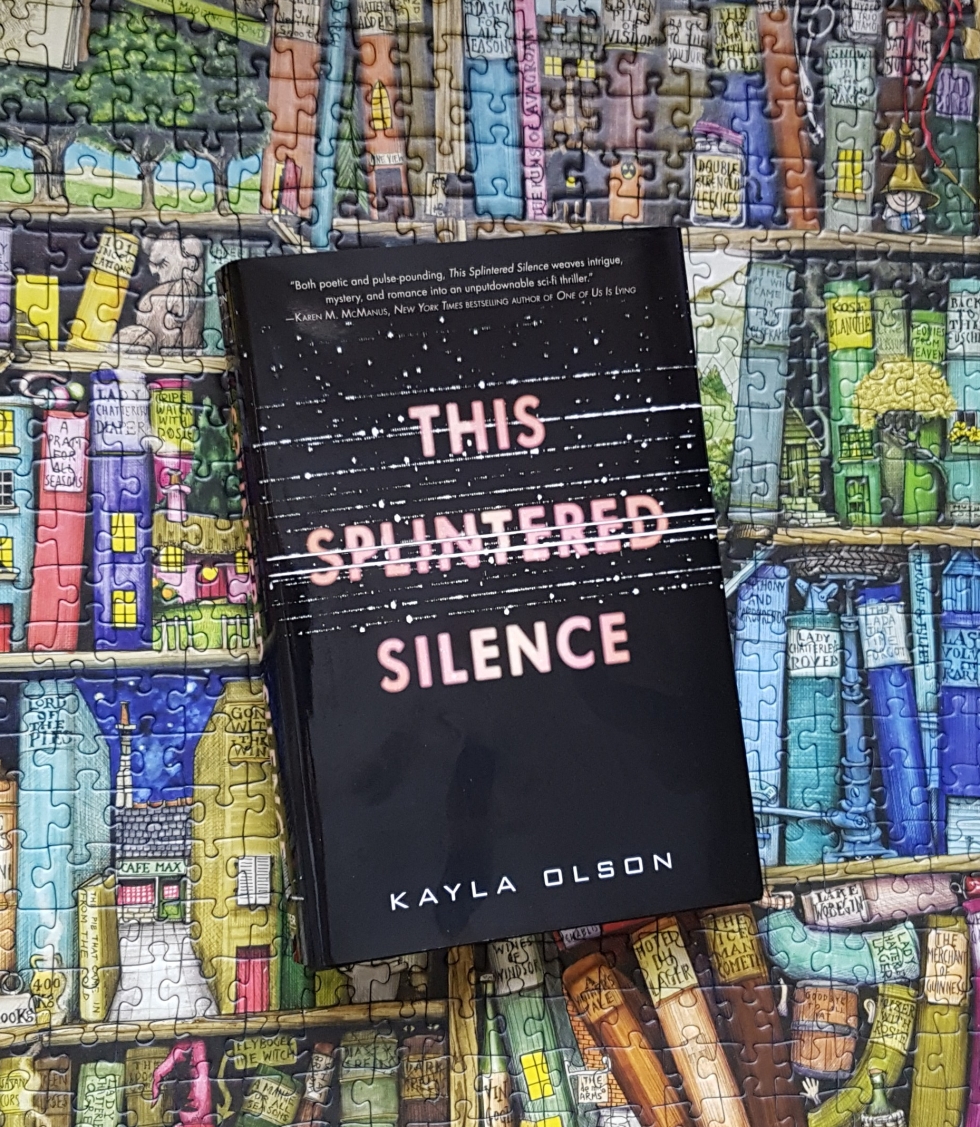 This Splintered Silence by Kayla Olson

Lindley Hamilton has been the leader of the space station Lusca since every first-generation crew member on board, including her mother, the commander, were killed by a deadly virus.

Lindley always assumed she’d captain the Lusca one day, but she never thought that day would come so soon. And she never thought it would be like this—struggling to survive every day, learning how to keep the Lusca running, figuring out how to communicate with Earth, making sure they don’t run out of food.

When a member of the surviving second generation dies from symptoms that look just like the deadly virus, though, Lindley feels her world shrinking even smaller. The disease was supposed to be over; the second generation was supposed to be immune. But as more people die, Lindley must face the terrifying reality that either the virus has mutated or something worse is happening: one of their own is a killer.

This book came in December’s Book Box Club box, and I wasn’t sure how keen I would be about it. For some reason I kept thinking it might be similar to “The Loneliest Girl in the Universe”, and I wasn’t really up to reading a similar book.

On the good side, it was a buddy read, so it was easier to get going and it was thankfully not the same feel. Instead we meet Lindley and we learn a little about her small world (quite literally, because all she’s known is the station she’s in, so yeah).

They’ve just come out of a terrible epidemic where all the humans that were native to Earth died and were affected by it, whereas the ones born in the station have survived. ut that means that they are not older than 19, which is a bit of a tricky situation as they’ll have to “grow up” a little bit faster. The station still needs to be kept working, they all need food, and oh wait, someone’s dead and it looks almost as if the same virus is back!

Poor Lindley starts investigating it and keeps finding it just doesn’t add up, maybe it mutated? Plus there’s a lot of other issues going on in the station (I found this good, because yes, there would be and it is annoying sometimes when things just go smoothly on the vessel/place that would need people to keep it going).

Slowly, as the deaths pile up and the upkeep of the station gets too high, Lindley realises it isn’t a virus that’s killing them, because what’s killing them isn’t an “it” but rather a who. Someone in the station is killing them, but who? why? how? are very big questions and very difficult to answer when you’re also desperately trying to keep everyone alive (by providing food, water, ensuring they sleep, etc.)

For the mystery part I wasn’t that surprised, as I suspected who it was, but I wasn’t sure of the motive (I had a few theories), but despite guessing the culprit, it was still wuite good at keeping you hooked, and wanting to keep on reading, and it has a good flow so you don’t feel bored about it, or have too slow parts.

My least favourite part was the romance bits, but there were some good details about it that saved it. And it isn’t the main focus of the story, so all good.

I’d give this a go, or maybe The Loneliest Girl in the Universe (because it isn’t the same but it gives a good similar vibe) or maybe any of the recent thrillers I have reviewed.

Disclaimer: All links either link back to other review posts, or to an Amazon affiliates link. You don’t have to buy it, I just do it because I was still going to try to link it to amazon so you’d know what it looks like, or if you wanted to buy it, so decided to give the Affiliates a go, which yeah, doesn’t bring me anything of revenue, but now it’s a habit.